Former Ugandan Prime Minister Amama Mbabazi said he’s running as an independent candidate for Uganda’s 2016 presidential election because the ruling National Resistance Movement (NRM), of which he has been a member for almost 30 years, has made it untenable for him to run as its flag bearer.

Mbabazi, who first said he was seeking the NRM nomination, denies he was rejected. Rather, he said the party changed the rules in violation of its own constitution once he expressed his desire to seek the NRM nomination.

Mbabazi said the NRM denied him the nomination because the party knows he has what he calls both silent and loud supporters within the NRM.

“As I announced some time ago, it became untenable for me to try and contest within my party. Everything was done to make it impossible for me to, and I had no choice therefore but to run as an independent,” he said.

Mbabazi said contrary to NRM regulations, heavy fees were imposed to make it impossible for him to seek the party’s nomination.

He said he did not join the opposition or form his own political party because he still believes in the core values upon which the NRM was founded. But he said that while President Museveni, who has led the party for the last 30 years, has been a good leader, he has steered the NRM away from its original goals.

“I have stated very clearly that stick to the core values of our struggle, the very principles upon which were founded the National Resistance Movement and my contention is that the leadership of the party right now has veered off course. I do represent the original NRM,” Mbabazi said.

Kizza Besigye, who is seeking the nomination of the opposition Forum for Democratic Change (FDC), has said there should be no election in 2016 unless there are meaningful reforms to the political system that can engender a free and fair election.

Besigye, who contested three consecutive presidential elections in 2001, 2006, and 2011, said all three were marked by voting irregularities.

Mbabazi said he has always been an advocate for electoral reform in Uganda. However, he said the problem has not been about the laws but rather the government and the institutions managing the process have been violating the laws.

“I have spoken in favor of electoral reforms. I was the chair of a cabinet committee on constitutional reform. However, I think the problem is not the laws; the problem is acting in breach of the laws because at the moment the problem we are facing is that the government and institutions handling many of these matters actually do not act in accordance with the law,” Mbabazi said.

Mbabazi said if Ugandans can come together and agree on a minimum political program, he sees no reason why they should not form a government of national unity government to lead the country.

“My line is that Uganda has such huge challenges and so we obviously need to combine our efforts to pull Uganda out of the major problems it faces today. And I think if we can agree on basic principles and can form a minimum political program, I see no reason whatsoever why we should not join hands and form a government of national unity to lead Uganda,” Mbabazi said.

Burundi President Pierre Nkurunziza has called for groups that he said threaten national security to be “destroyed.”

In a speech broadcast by state media on Wednesday, Nkurunziza said that young people would be given “patriotic, theoretical and practical training” to be recruited by the country’s military in the form of security committees.

“These mixed security committees will be asked to work day and night, so that groups which seek to only kill and upset security, especially inside [the capital,] Bujumbura, will be destroyed and, so that we won’t be talking about them two months from now,” Nkurunziza said.

“All people [have] to rise up as one, and to work with security forces, so that this promise can be kept,” Nkurunziza said.

Burundi has been experiencing turmoil since April, when Nkurunziza announced he would run for a third term in office. Many protests were held in the country against the bid, which opponents said was unconstitutional. Violence killed at least 94 people during the protests, according to the United Nations.

Nkurunziza struck back by saying that his first term did not count as he was not elected by popular vote but was picked by the parliament.

The crisis escalated after Nkurunziza won a third term in a controversial election late last month, which was boycotted by the opposition

In his Wednesday speech, Nkurunziza said that the dispute over his third mandate was now “over.” 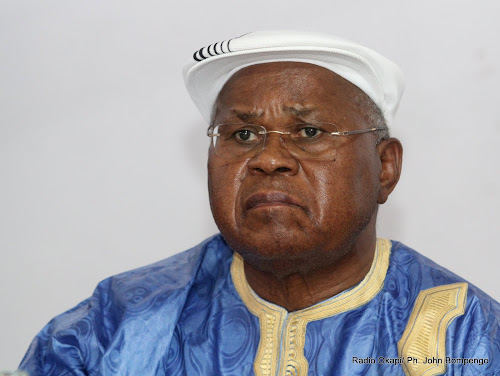